Most people don’t think about the time it would take emergency personnel to reach them until they are in a life-or-death situation. But in an emergency, they want the fastest possible response to their 911 call. Prior to the completion of the new Fire Station 14, people living on the southeast side of the City of Madison were subject to 10- to 15-minute waits for emergency response. Now, emergency medical services and fire protection response time from the new station is just five minutes. 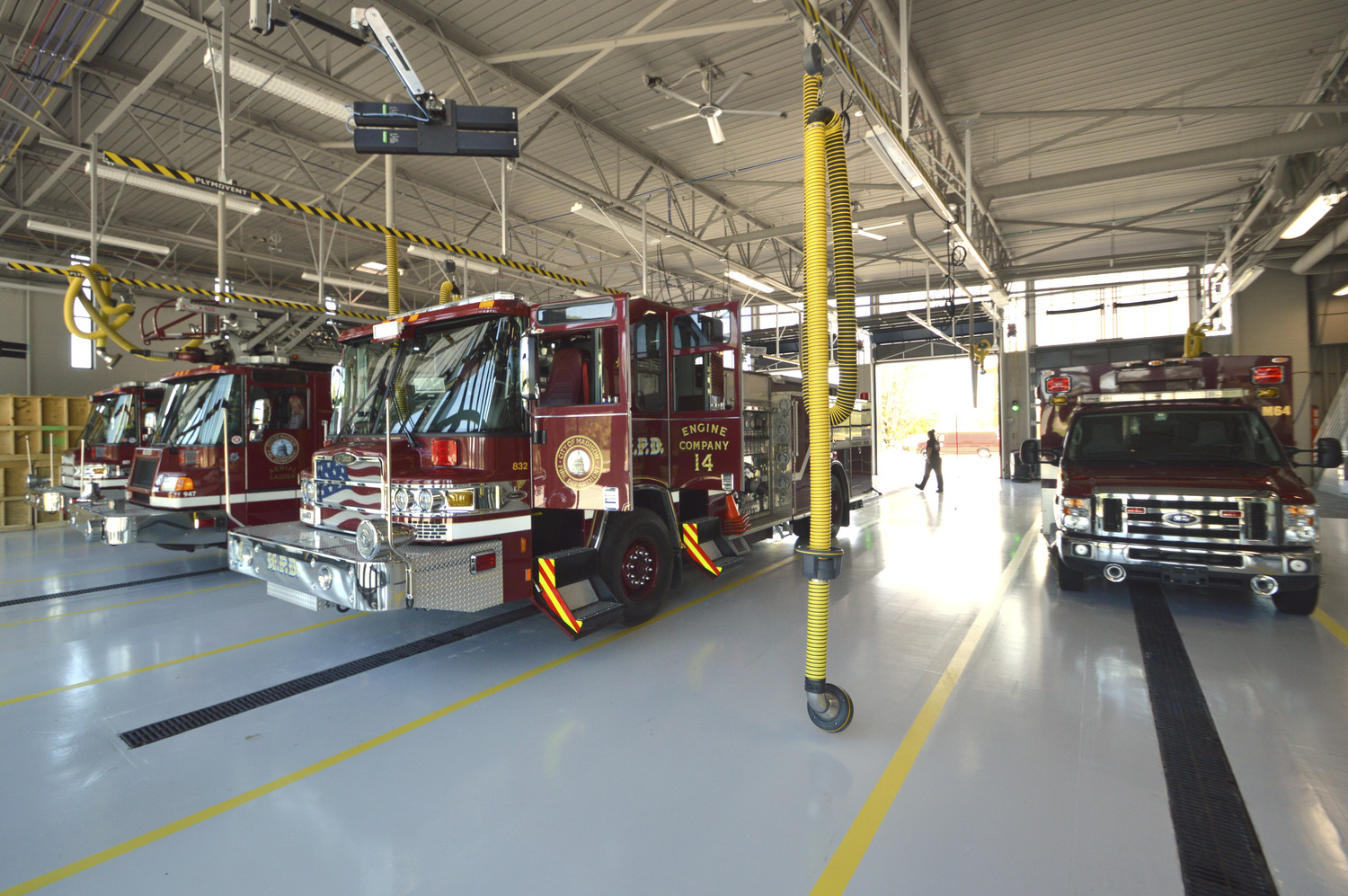 The City of Madison used its Racial Equity and Social Justice Initiative (RESJI) to study opportunities to serve the community’s needs and found that the south side is increasingly racially diverse, includes more family households than the city as a whole, and experiences some socioeconomic limitations related to education, housing, and employment.

To fill this gap, the city decided to include community spaces and features not typical for fire stations, such as conference rooms of various sizes with large, shaded expanses of glazing facing the street to make community spaces highly visible, transparent, and welcoming. The city also added bus routes, bicycle parking, and clearly designed pedestrian pathways to make the facility easily accessible to the public.

The city also focused on their building’s environmental impact; the highly sustainable and efficient systems used in Fire Station 14 resulted in reduced energy usage compared to other stations in the city.

A ground-source geothermal system serves the building’s heating and cooling system and is supplemented by a high-efficiency condensing boiler for peak heating needs and optimum operating cost effectiveness. A 50kW solar photovoltaic array prominently doubles as a shading canopy across the entire length of the building and helps to offset inefficient building loads. Because of the sustainable measures incorporated in the design, the facility is projected to operate with a 58 percent energy savings compared to code baseline. The project also achieved LEED Platinum certification, well above the city’s original goal of LEED Silver, and is set up to become net zero capable in the future if additional photovoltaics are added.

Fire Station 14 is an important addition to the City of Madison’s emergency services and now provides year-round fire rescue training for new emergency services personnel, hosts community gatherings, and fulfills a need in an area of the city that was previously underserved. It’s also a prime example of how our work as engineers can impact our communities for the better.

Paul Hansen, PE, is a senior engineer at IMEG Corp. with a broad background in plumbing and mechanical systems. He is skilled in sustainable design, the LEED Green Building Rating System, planning and design of system layout, and complex phasing planning. IMEG Corp., one of the largest engineering and design consulting firms in the U.S., specializes in high-performing building systems, infrastructure, program management, and construction-related services.

Back to blog home